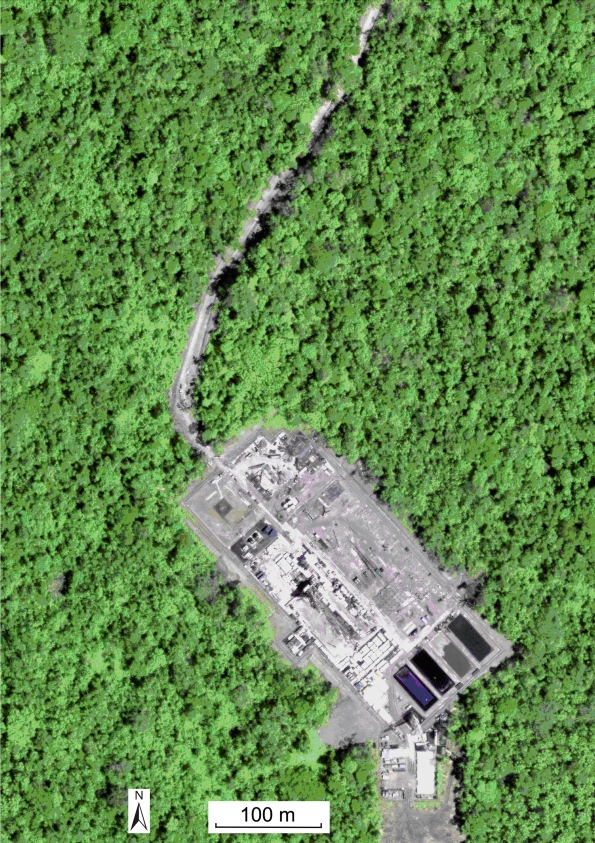 Petroamazonas inherited Block 31 – located in the core of the megadiverse Yasuní National Park – in 2009, along with an already approved Environmental Impact Study (EIS) and Environmental License. This EIS was noteworthy because it was the product of several years of intense debate between scientists, environmentalists, and government officials regarding development in Yasuní. It represented a cutting-edge development design that did not include destructive new access roads. Here we demonstrate, however, that three years later Petroamazonas violated the EIS by building a new access road into the core of the park.

We analyzed very high resolution (0.5 m) satellite imagery from September 2013 and confirmed the following violations: 1) Petroamazonas is using the flowline corridor as an access road, evidenced by numerous vehicles and permanent waterway crossing structures such as bridges and culverts, 2) the average right-of-way for the flowline corridor is 26 m, which is 2.5 times greater than what was approved in the EIS, 3) less than 6% of the access route within the park is less than 15 m wide, the maximum width allowed in the EIS, and 4) Inside the park, the total deforestation is 63.64 ha, 34.4 % greater than the 47.33 ha authorized by the logging licence.

This issue of building new access roads and violating terms of the EIS and Environmental License is critically important at the moment because Petroamazonas just received these same approvals to begin work in the adjacent ITT Block. Without improved oversight, Petroamazonas will likely continue building new access roads deeper into the core of Yasuni National Park in both Blocks 31 and 43 (ITT). 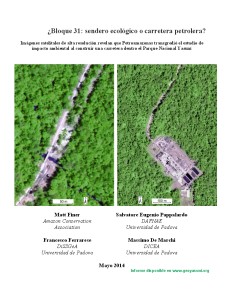